AMD Ryzen™ Embedded
Dutch Engineering – Made in The Netherlands

The new standard for the mid segment is called Netboard A10 Gen3. With AMD’s Ryzen Embedded at its core, 2x 10Gbps SFP+ and It’s three independent Gpbs Ethernet ports it can be configured any way you want.

The NETBOARD A10 Gen3 is an AMD Ryzen™ embedded based mainboard intended for demanding 24/7 network & server applications. Supported operating systems include FreeBSD, Linux & OPNsense. The board is designed with integrated programmable DC-DC power supply and automatic inrush current limiter. It has a single voltage input (12VDC). The A10 is a fixed BOM solution using only components from respected manufacturers and a high quality bare board with controlled stack-up. The board has been designed and is produced in The Netherlands. 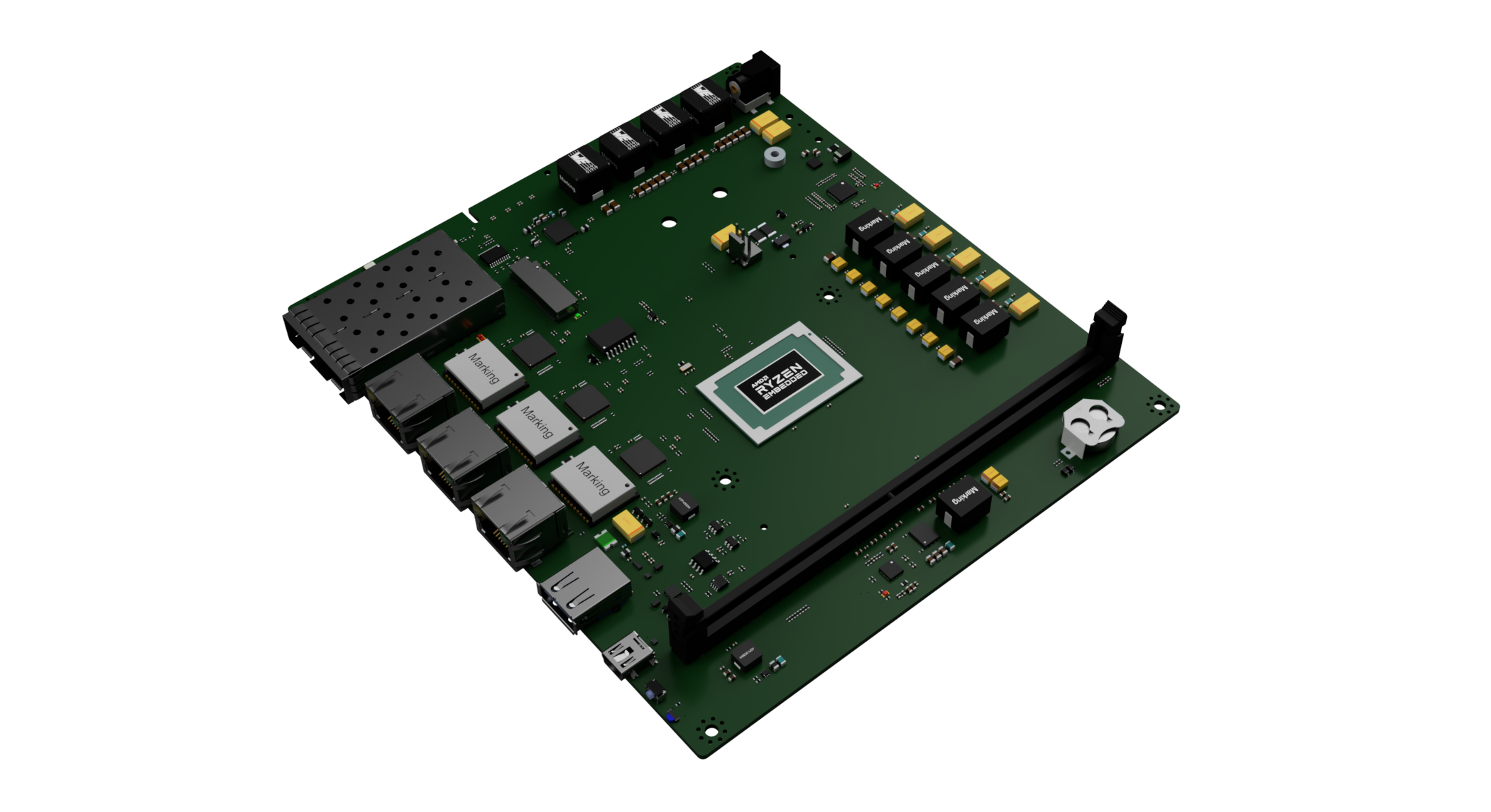