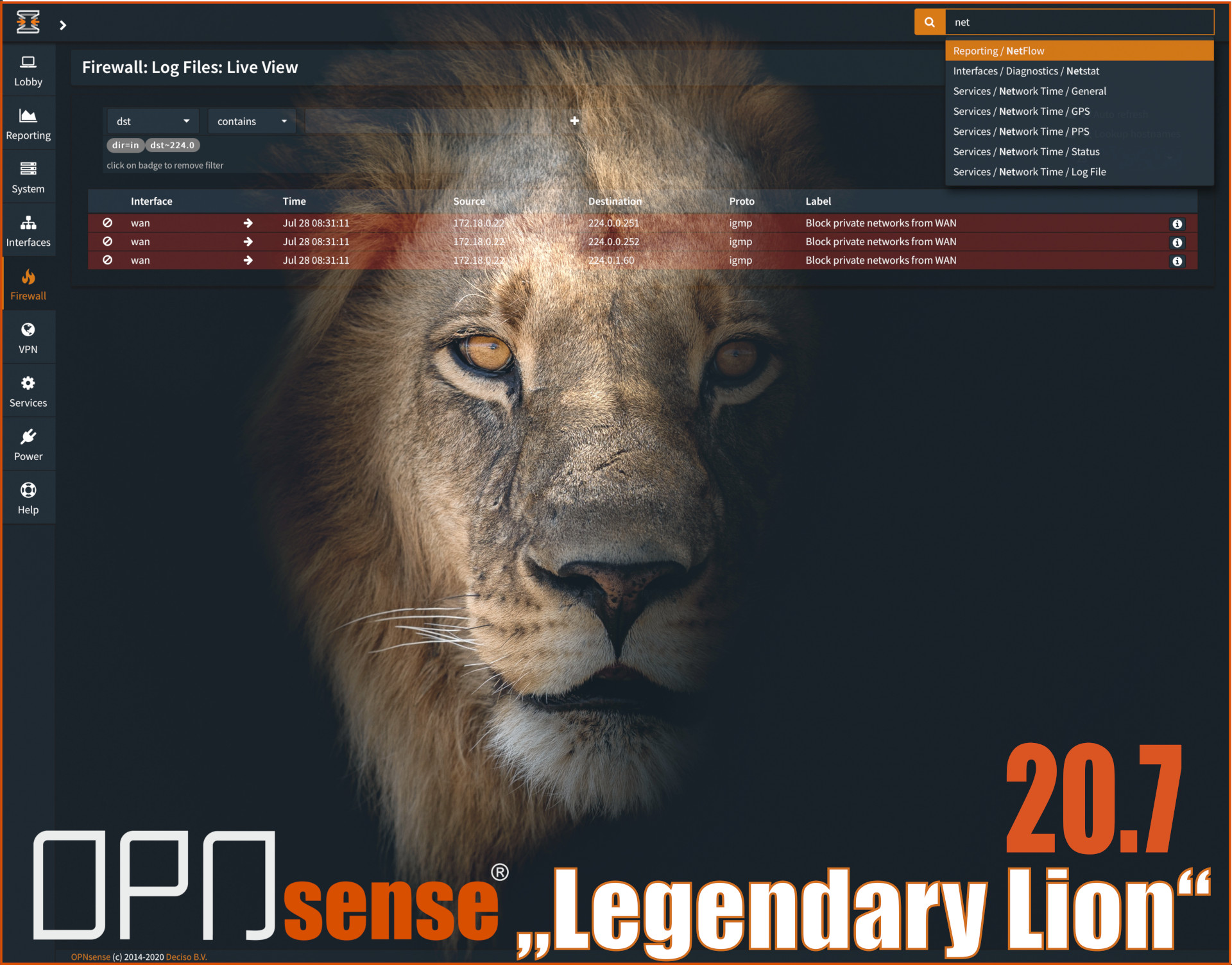 The latest release comes with HardenedBSD 12.1 at its core, bringing numerous improvements, updated drivers and packages.

Besides the major operating system upgrade, it also includes new updates that make managing and troubleshooting the system a lot easier. Included are the new netstat tree viewer, a full rewrite of the shaper status page and the all new – easily accessible – filters in the firewall live log.

The Lion stands for strength and bravery, being king of the animal world he protects its territory while usually being part of a group / a pride. OPNsense is similarly protecting your network, where its strong open source community makes for its pride.

OPNsense is the fastest growing open source security platform with an Open Source Initiative (OSI) approved 2-clause or simplified BSD license. Its feature set is extensive and ranges from

The project is defined by its innovation through modularizing and hardening, simple and reliable firmware upgrades, multi-language support, HardenedBSD security, fast adoption of upstream software updates as well as a large and friendly community.

“The Lion stands for strength and bravery, being king of the animal world he protects its territory while usually being part of a group / a pride. OPNsense is similarly protecting your network, where its strong open source community makes for its pride.”

Version 20.7 makes reinstalling plugins much easier by providing a simple button at the plugin page.
At the same time new plugins are introduced such as the basic firewall API plugin.

With the “Legendary Lion”, the developer’s documentation has also been updated to include an explanation to API enable standard services and the PHP coding style has been expanded to PSR-12.