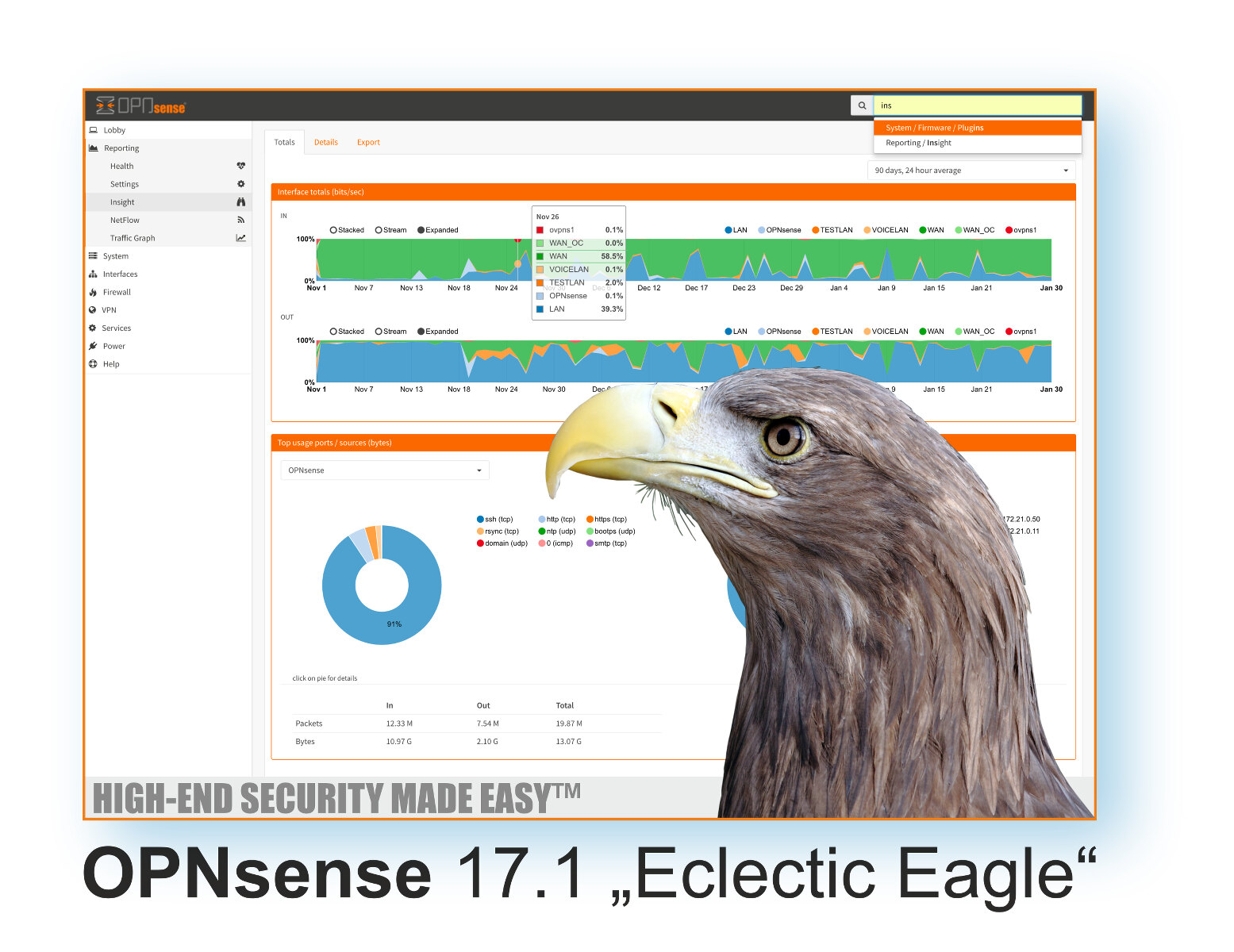 Deciso is proud to announce the immediate availability of version 17.1 named “Eclectic Eagle”.

The community has grown significantly and a new core team member has joined our efforts to become the most widely used open source security platform available.

The user experience has been further improved by adding remote installation support using SSH, new flash images that adapt automatically to the disk size as well as many GUI enhancements and 4 new languages bringing the total supported languages to 10.

For developers, the RESTful API and the pluggable infrastructure has been further extended to include pluggable firewall rules & authentication services. At the same time unit test where added for main parts of the MVC framework.

OPNsense 17.1 is the first open source firewall to feature FreeBSD 11 at its core for long-term support and the only one to offer state-of-the-art HardenedBSD security features. For the latest release the reliable and secure update mechanism was extended to offer full change logs as well as a new audit feature that is able to check the installed version for known security issues.

“With the ‘Eclectic Eagle, OPNsense further establishes its position in the security market” – says Jos Schellevis, Deciso’s CTO.- “The eagle represents the freedom and strength of the project with its high-end security features and rapidly growing community.”