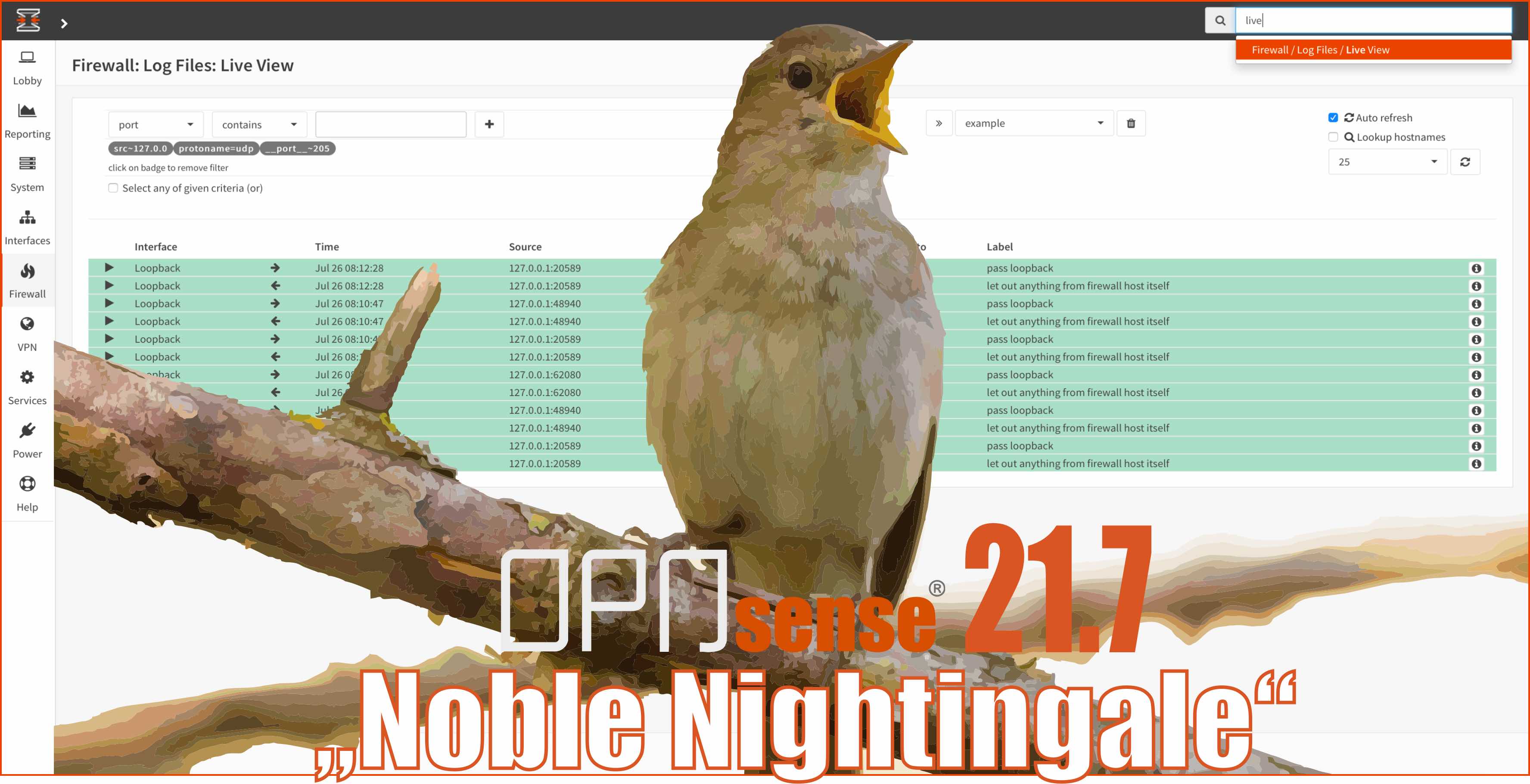 With over 1000 commits in its core and plugin repository since the last major, this 14th major release is again packed with improvements, new and updated plugins as well as new drivers such as the new AMD XGBE driver.

New features include the ZFS capable installer, and a community supported Norwegian translation.

Developers will find that the core MVC component Phalcon has been upgraded to version 4. For Enterprise users the new syslog-ng TLS transport options and the new audit logging – for compliance requirements – are welcome additions.

“The Nightingale may appear to be a rather ordinary bird; however, it conceals a tremendous voice. With a repertoire of over 200 song variations, it truly is an extraordinary bird.”

The bird’s beautiful, unexpected song compares well to the hidden gems within OPNsense such as the ease of diagnostics and its application development interface, whereas the variations can be seen as the large number of voices that make up our great community.

OPNsense is the fastest growing open-source security platform with an Open Source Initiative (OSI) approved 2-clause or simplified BSD license. Its feature set is extensive and ranges from router/firewall to inline intrusion detection and prevention.

The project is defined by its innovation through modularizing and hardening, simple and reliable firmware upgrades, multi-language support, hardened security, fast adoption of upstream software updates as well as a large and friendly community.

Version 21.7 introduces new and updated community supported plugins such as the Radius Proxy plugin that in addition to usual UDP transport, also supports TLS (RadSec), as well as RADIUS over TCP and DTLS.